We interviewed Corey McCann, Electrical Journeyperson and Foreman at our Grand Rapids branch, to better understand his experience working at FZ and as an apprentice. Check out what he had to say!

How long have you been working at FZ? What's been your career path?
"I've been at FZ for almost 10 years now. So out of high school I joined the army, did that for 5 years and then decided to not re-enlist. Coming out, I was on the lookout for my next move. I knew a few people who had been working at FZ and they encouraged me to apply to the apprenticeship program there. I followed up, interviewed, and started a few weeks later - it was all pretty straightforward. I ended up working for five years with the Construction team and then transferred over to the Systems Installation team."

What was your experience like as an Apprentice?
"My apprentice program coincided with FZ first launching their in-house program. To be honest, I feel like I was a part of the guinea pig era. Over my four years as an apprentice, the class style and materials keep changing and improving. We all had to stay flexible, but it ended up being really good. I took my Electrical Journeyperson exam a few years later."

Construction vs. Systems Installation? Which do you prefer?
"I liked my time in Construction and feel like it exposed me to a variety of situations and skillsets. I also loved that after working on a facility, I could look at the finished product and feel ownership over my role. I appreciated my time working in Construction because it set a strong foundation for what I do now. They built upon each other.

I like that our Systems Installation team is a smaller group and has more flexibility in team structure, working hours, and tasks. Also, it is heavy on problem solving so I feel like I'm constantly mentally challenged. Sometimes that can be stressful and exhausting, but overall I enjoy the challenge and being pushed to think at a different level."

Why do you like working at FZ?
"The benefits. The pay is competitive and the free healthcare is awesome. It definitely makes me feel appreciated. Also the people. I like who I get to work with on a day-to-day basis."

What has been the biggest challenge working at FZ?
"It's natural for people to move on and grow but that's always been hard for me. I've seen different people who have led and trained me take on different career paths, so that sucks."

What has been your favorite project you’ve worked on?
"Oh that's easy, the Grand Rapids Airport. We refreshed their door security and camera systems. It was super cool to see behind the curtain on how things work there. We worked within manholes on the runway and in areas normal people never get to see. It was definitely memorable."

What is the best piece of advice you could give to future electrical apprentices?
"For one, it's a great option. I'm glad I found it and have developed a career in the trades. I'd 100% recommend it.

Interested in hearing more about Electrical Apprentice careers at FZ? 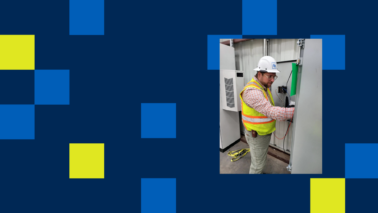 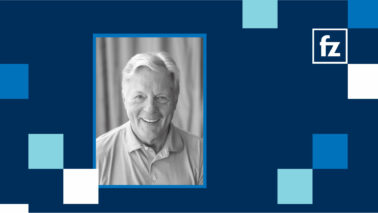 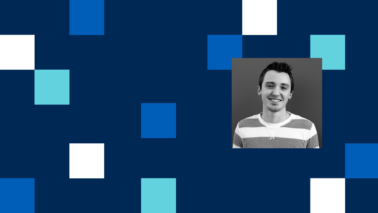