Two sides of a coin—that's how we would describe the Milings. As an Electrical Services Account Manager, Mike plans, leads, and interacts with some of our largest end user projects. Brett, on the other hand, works as a Controls Engineer, solving complex controls, automation, and programming challenges for our customers.

We sat down with Mike and Brett Miling to discuss their experience working with one another in the trades.

So Mike, tell me about your career. What made you enter the trades?

Mike: Well, I initially went to college to become an Electrical Engineer. And wouldn't you know, I ran out of money. My solution: get a job, save up, and then finish my degree. While looking for a job, I got connected with Marlin Feyen (one of FZ's owners) and started at FZ as an electrical apprentice. I worked for about a year and a half in the construction group before transferring to service, and from there I was hooked. I liked the sense of accomplishment I got from working in the service group and honestly just got used to making money. I never went back and finished my degree.

At that time FZ had like 20 people and was really scrappy. I learned under some tough-as-nails foremen and superintendents and quickly realized that if you do what you're supposed to do and work hard, you'll succeed. It really was that simple.

You left FZ, right? What made you leave?

Mike: Yeah, I actually left FZ and came back…twice. The first time was back in 1998, my daughter was two weeks old and I was offered a job at one of our customers to be their in-plant electrician. It wasn't that I wasn't happy with my job here, it just felt like the mature decision…more stability, straightforward hours, less demanding, more consistent. I worked there for a few years and then came back to FZ as an Account Manager. I missed the speed and variety of work.

The second time I left had to do with a change in management and leadership—just a difference in mindset and perspective. I left to work at another electrical company. A few months later, leadership changed and I came back.

Brett, what about you? What made you want to become an engineer?

Brett: Out of high school I had no idea what I wanted to do so I took a few classes at Community College. I ended up taking an engineering class, liked it, and decided to pursue the electrical engineering course at Grand Valley State University. Part of that was because my dad was an electrician, but it wasn't until later that he told me that also he had gone to school to become an electrical engineer. He never pushed me towards it but encouraged me to find my own path as an Engineer.

Mike: Yeah, I remember you coming to me and saying, "I think I want to be an electrical engineer" and I thought that was interesting. I got you connected with an engineering department to shadow and it went from there.

Brett: Yeah, I shadowed a few engineers and liked what I saw. I also ended up pulling wire for FZ's systems team in the summer to make extra money. As a co-op, I did a lot with AutoCAD, panel building, and field work. My summer work experience with the systems team and my co-op helped me see how it all works together.

After graduation, it was a pretty simple transition to full time. I knew the team, I had experience with customers, I could see what it would be like as a full-time employee.

Would you say you both are similar?

Mike: We both think the same way, but are wired differently. Brett's obviously from a different generation—he's a computer kid and is interested in programming, where my hobbies include working with my hands. Our career paths fit us very well.

Have you ever worked together on the same project? What is that like?

Mike: Oh yeah, many times. It isn't weird though because we're on different teams. When we're working, we're working, so it's not like we have any heartfelt moments onsite. But it is nice to see one another, especially over some of the shutdowns.

Brett: It is interesting though because some of FZ's customers know you super well so I'm known as Mike's son. It's not a bad thing, if anything there's more trust there. Working together is cool in the way that he actually understands what I do. Like we can bounce ideas off of each other or talk technically. It does drive our family nuts though.

Mike: Yeah my wife doesn't love it when we're all together and Brett and I are talking about production lines or PLCs.

What do you each like about where you work?

Mike: The people, in the office and our team in the field, and the work. If something's broke, I get to go in and fix it or help figure out how to fix it. There's an almost immediate sense of accomplishment. Also, I appreciate the variety. I've got to run wire, pull pipe, fix controls—all kinds of stuff. As an Account Manager, it's the same thing. No two days are ever alike.

Also, my personal time is valued. When I need or want time off, it's granted to me no problem. I have flexibility here that I didn't experience at other companies.

Brett: I'd say the same. I like the people I get to work with, they're super helpful. Also I like working with PLCs and new technology. There's always something new to learn and explore. While sometimes it can be a challenge (or a pain) trying to fix a machine or program that's gone bad, there's fulfillment when you actually get it up and running. It's like ultimate problem solving.

Interested in a career that gives you flexibility, benefits, room for growth, and more? 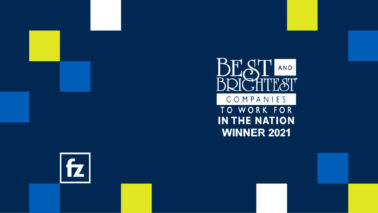 FZ Named a National Best and Brightest Company to Work for 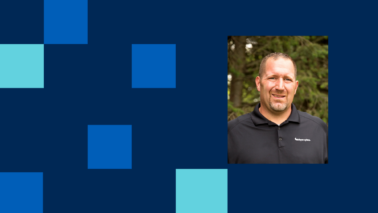 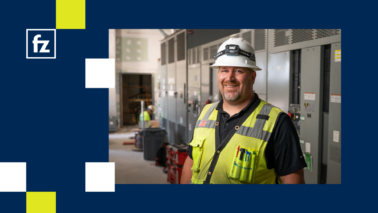