(Walker, MI.) – As Grand Rapids-based electrical contractor Feyen Zylstra continues its expansion across the nation, so too does its board. The firm recently announced it has added two new board members in Mary Bunzel, Executive Director of the International Academy of Automation Engineering, and Hiren Thakar, Chief Strategy Officer at global commercial real estate firm Avison Young.

Bunzel and Thakar started their terms in January. They join six others on Feyen Zylstra’s growing advisory board, which is chaired by Ann Harten, CHRO - Vice President, Global Human Resources, Haworth, Inc.

Bunzel is a globally recognized authority in the Internet of Things (IOT) space. With more than 35 years in global high-tech manufacturing with IBM and Intel, her latest work is focused on creating the workforce of the future through education. Her work at the Connected Systems Institute at the University of Wisconsin-Milwaukee helped transform an empty space into a fully developed center of innovation. Her current projects continue to focus on education. At the International Academy of Automation Engineering, she works to foster an ecosystem of choice for digital manufacturing pioneers with education, certifications, and digital round tables. As Intel’s Manufacturing IOT Council Leader, she curates conversations with SMEs on advanced innovation collaboration. As Academic Liaison Chair of the Digital Twin Consortium, she supports partnerships between the consortium resources and University research. She has been recognized as one of the “Most Influential Women in Manufacturing” by Industry Week and has been named by Analytics Insights as “10 Most Influential Women in Technology for 2021.”

“I am eager to engage with the great team at FZ to explore new trends in digital enterprise and how Feyen Zylstra leadership might choose to use it in their mission to delight their customers,” said Mary Bunzel. “Anyone engaging with Nate shares his passion for servant leadership. I, like all the other board members, am excited by his approach and I can’t wait to join the other board members in providing guidance.”

Thakar serves as Chief Strategy Officer at Avison Young, a Toronto-based company that has been recognized as the world’s fastest growing, commercial real estate services firm. In this role, Thakar assists the company with driving growth through M&A, new services, international expansion, capital structure, and strategic planning for the 110-office, 5,000-employee firm. He is credited with executing strategies that helped the company grow from 290 employees across 11 offices in one country to 5,000 employees in 110 offices across 16 countries and revenues over $1B.

“I’ve advised and served on executive committees of successful private and public global companies and a common trait of each is leadership’s commitment to growth with a purpose, innovation, and operational improvement,” said Hiren Thakar. “Feyen Zylstra leadership exhibits both along with a passion for its team, so I believe remarkable things are in store for this company. I can’t wait to get more involved.”

With the addition of Bunzel and Thakar, the company’s board is comprised of individuals from five states and eight industries. The diversity among the expertise, industry, and geography is intentional for the 600-person, six-location firm.

“Having a diverse mix of talent, focus, and mindset is important to every board,” said Chairperson Ann Harten, CHRO - Vice President, Global Human Resources, Haworth, Inc. “With Mary and Hiren joining us, the board, and ultimately, the company, now stand to gain from the tremendous skills and experience they bring to the group.”

Harten herself brings a rich layer of executive and board leadership to the mix. Ann sits on two other Boards: Priority Health Insurance and Wyffels Corn Hybrids. She is a co-founder and chair of Hello West Michigan, a regional Talent Attraction initiative, and has served as an officer in both public and private companies. At Haworth, she spearheads all the company’s human resources initiatives.

The company’s board started in 2012, around the time company founders Marlin Feyen and Bob Zylstra stepped back from leading the company and promoted Nate Koetje to the CEO position. They saw the board structure as a suitable way to provide strategic and operational support for Koetje. The move has proved fruitful not only for the company but for Koetje as a leader.

“Marlin and Bob had the foresight to organize a board that not only provided valuable guidance to the company, but to me as I began my executive leadership journey for the company,” said Nate Koetje, Chief Executive Officer, Feyen Zylstra. “I’ve grown to become an enthusiastic advocate for the advisory board concept and am lucky to be surrounded by those that currently serve in that capacity.”

The board meets as a body four times a year, although members serve on various ad-hoc committees.

Although the company has not put a limit on the number of board members, Koetje welcomes the idea of expanding the board. “Feyen Zylstra has benefited tremendously from the counsel and direction provided by the board,” adds Koetje. “We have some of the most brilliant, innovative, and experienced people in business lending their time and talent to us, so adding more advocates around the board table is a welcomed notion.”

The full advisory board roster can be found here: https://www.feyenzylstra.com/about-us

Feyen Zylstra’s purpose is to have a positive impact on the lives of people and communities. They do this by providing innovative, turnkey electrical solutions for their customers. With over 40 years of experience, a team of 600+ people, a national footprint, and a series of safe and efficient processes, they drive success for Manufacturing Companies, Data Centers, and Hospitals as their trusted partner. Headquartered in Grand Rapids, Michigan, they serve clients nationwide. They strive to build long-term relationships in the areas of design, installation, and maintenance of electrical applications. 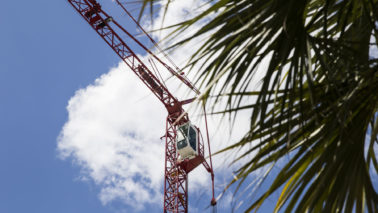 Nate Koetje named one of GR’s 200 Most Powerful Executives 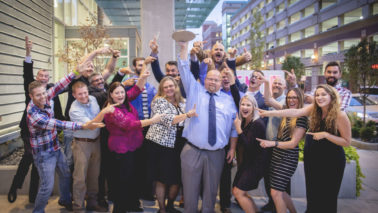