We interviewed Scott Aikens, Director of Operational Excellence, to better understand his experience working at FZ. With over 35 years as an FZer, Scott had a lot to say. Check it out!

I actually went to school to become an engineer. Turns out, I didn't like it so I dropped out and ended up taking an open Janitor position at a local Furniture Factory. When a maintenance position opened up, I joined the team. One of the guys was a 70 year old Electrician named Randy. Randy was great. Whenever he needed help, I would jump in and lend a hand. Then one day he asked me if I wanted to become his apprentice.

Compared to today's electrical apprenticeship programs, it was really informal. I learned from Randy on the job while working through the code book and taking an electronics course at night. After four years, I went on to take my Journeyperson's test and passed!

How did you end up at FZ? What was your career path?

Well, I was happily working as an electrician at the Furniture Factory but unbeknownst to me, my wife sent my resume to a company after seeing a newspaper ad. A few days later I got a call from an Electrical Contractor and took the job. I remember my first day there; it was a remodel at a D&W store. I was so nervous walking in, it felt like I was playing with the big dogs.

Turns out it was a blast. I absolutely loved the camaraderie and buzz that a jobsite offered compared to the slower-moving factory. Soon I was helping lead projects. After a bit though it became apparent that I didn't agree with some of the decisions being made at the company. Then on one of the jobs I was leading, a guy mentioned that he had worked for Feyen Zylstra on a project and loved the culture. We just happened to be right around the corner from the FZ office so after work I literally drove over, went inside, filled out an application, talked with Marlin Feyen, and started work two weeks later.

I had actually taken my Electrical Masters test a few weeks before. My first day of work at FZ I found out that I had passed my test. It was a pretty good first day.

Over the years I worked on the Construction team and became a Foreperson and then a Superintendent. In 1999, I saw that there was a blurb in our newsletter about an open Project Manager position. I remember thinking to myself, "Oh cool, we're getting a new PM." I was walking through the office when one of my mentors pulled me into a conference room and asked, "Did you see the open PM position?" I said, "Yeah, that'll be cool." He was like, "That position is for you, idiot." It was the push I needed. I went on to apply and got the job.

Soon I was managing projects and started pricing out work. On the weekends I would jump in and work shutdowns with the Service department. It was a good opportunity to learn more and get experience. After a bit, I was promoted to the Construction Group Manager. To be honest, I didn't love it. At that point, I needed to learn a lot of leadership lessons…the hard way. I was still in the stage where I thought that if something had to be done, I should just do it. Turns out that's not the best way to lead people.

I started getting more and more involved with project estimates and then started leading and building out the Estimating department. In the last four years, I've started focusing on Preconstruction, the FZ Way, and operational excellence.

What have you liked about the trades?

You know, one of my favorite things to do when my kids were young is go for Sunday drives around Grand Rapids. I'd show them the projects I had worked on. There's something really fulfilling about seeing a facility or building where you know your hands have touched. It speaks to your existence—those parking lot lights are there because of me, that factory has power because of my work. There's an impact there.

What would you say to someone considering the trades?

It's a great way to make a living. You get to experience different industries, different companies. You learn SO much. Also, there is nothing better than working on a jobsite that you enjoy. The camaraderie you can build, it's like a family. You eat together, you laugh together, you cry together. Then the job ends and you go separate ways and onto the next project. And it starts all over again.

What advice would you give to those at the start of their career?

No one is more responsible for your personal success than you. If you want to succeed and grow, then look for opportunities and take them. Work hard and make sure that you're being a positive influence on any situation that you're in. Also, remember that you don't have all of the answers. Learn from those around you and don't shut people down.

We get to do some really cool stuff. There's something new to do every day and there's a level of professional autonomy. Growth is synonymous with FZ. If you see something you want to do, there's so much opportunity and encouragement from FZ to achieve it.

Also, the people. I get to work with passionate, talented people every day.

And our purpose. It took a while for our purpose to actually be verbalized but the feelings have always been there. We are truly still all about that. 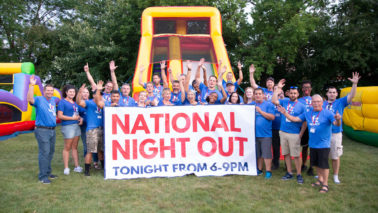 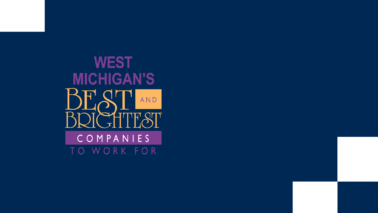