The Craft Professional of the Year award represents trade professionals who excel in their field and demonstrate a strong commitment to safety, education, and the merit shop philosophy. Every year, ABC seeks out well-deserving candidates who represent what the trades can offer, something that is especially relevant given the nationwide skilled trades shortage.

The West Michigan CPOY award winner was announced live at the Excellence in Construction Awards on Thursday, Sept. 15, at GLC Live at 20 Monroe in downtown Grand Rapids. The runners up were Tom Walder from Lakewood Construction and Blane Lester from Kent Companies.

Equipped with over 40 years of trade experience, Jeff applies his varied experiences to his role as the West Michigan Field Operations Manager. Serving as the conduit between the field and office, Jeff advocates for each, helping connect his team with the information, people, and parts they need to be successful.

"The trades have provided me with an opportunity to learn, grow, and provide for my family. That's why I'm passionate about mentoring the next generation of tradespeople. It's not about climbing the ladder or getting recognition, it's about people first and foremost. After that, it's about doing good, safe, quality work that I can be proud of. That's what motivates me," says Hoeks.

Applying the lessons he learned as an Avionics Technician in the Marines, Jeff approaches complex situations slowly and logically, keeping a keen eye on quality, efficiency, and safety. He's known internally and externally for his ability to integrate theory, practicality, and imagination to solve the most complex low voltage challenges.

"Jeff is a humble leader, a thoughtful mentor, a seasoned Electrician, and an all-around stand-up guy," says Derek Hunderman, Director of Sales and Operations at Feyen Zylstra. "He embodies what a craft professional should be and is incredibly deserving of this award." 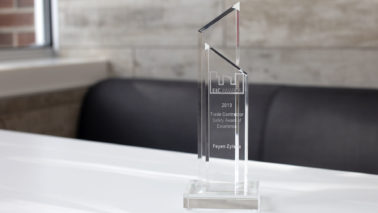 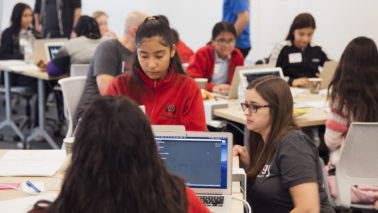