We interviewed Christina Breen, Assistant Account Manager at FZ's Grand Rapids, MI branch, to better understand her experience working at FZ. Check out what she had to say!

During High School, my brother joined the Mechanical and Electrical Program at Kent Career Technical Center (KCTC). I remember him coming home and talking about all of the hands-on things he was getting to experience. I remember thinking that it sounded interesting and could be something I'd want to explore.

What made you choose the trades as your career?

I remember being drawn to the Tool & Die and Electrical Industries during High School when we had to complete different career exploration projects.

After I graduated High School, I enlisted in the Marines and started physical training while in the delayed entry program. During that training, a health issue appeared and I was discharged before going off to bootcamp. Since it was too late to enroll in college, I continued working full-time at D&W. Because my dad had worked at Steelcase, he had seen all of the opportunities the trades had to offer and encouraged me to check out the KCTC program my brother was enrolled in—so I did! The program helped solidify my desire to move into the trades fully, specifically the Electrical program.

How did you end up at FZ?

Towards the end of my KCTC program, Feyen Zylstra's HR Manager approached my instructor and asked if there were any standouts. Luckily, my name came up as a good fit. I interviewed and was offered a job and the rest is history.

What was your career path?

After completing the KCTC program, I joined FZ's Construction group and worked with them for about a year before being pulled into the System Installation (SI) group. I went on to take the Journeyperson's test and thankfully passed on my first try. I became a Foreperson early on and started running projects. I love SI—it's really focused on problem solving and is always changing. The mental aspect of it always keeps you on your toes.

For over 15+ years I pretty much stayed in the SI group but was occasionally pulled into Service, Construction, or TI as needed. Throughout my time in the field, I did do a short three-year stint as the Tooling Coordinator before returning to my previous role. As the Tooling Coordinator, I ran the shipping and receiving, tooling, and truck load deliveries. Within the last year, I transitioned into my current role as Account Manager.

I love that the skills I've learned at work transfer into the real world. I can utilize my craft inside and outside of my career.

It's also very rewarding work. We get to see a project from thought through to completion and know that we did a good job. I often drive past facilities where I've done work and feel a sense of accomplishment.

Is there anything you dislike?

I wish there was more diversity and representation in the trades. We have a long way to go.

Also, not every project can be perfect. This is something I've had to wrap my head around many times. Sometimes you're set up to fail from the get-go and no matter what you do, you're stuck. In times like that though I have to remind myself that all projects are temporary. Even bad projects will come to an end.

What have you liked about working at FZ?

I've felt respected and accepted here. And that's huge. I also believe we have an absolutely amazing benefits program and are compensated very well. Also, FZ is pretty good about promoting from within. There are many opportunities available for those who are ready and willing to take them.

What have you learned along the way? What advice would you tell future electrical apprentices?

Interested in a career in the trades or our apprenticeship program? 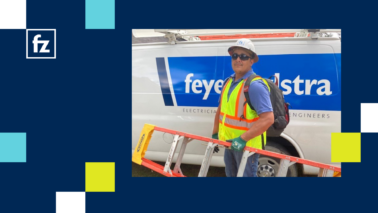 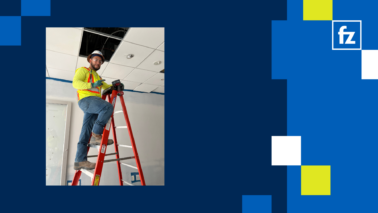 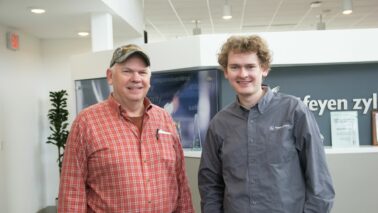